The Kerala Backwaters are a series of Brackish Lagoons & lakes  lying parallel to the Arabian Sea coast (known as the Malabar Coast) of Kerala state in southern India. The network includes five large lakes linked by canals, both manmade and natural, fed by 38 rivers, and extending virtually half the length of Kerala state. The backwaters were formed by the action of waves and shore currents creating low barrier islands across the mouths of the many rivers flowing down from the Western Ghats range.

The Kerala Backwaters are a network of interconnected canals, rivers, lakes and inlets, a labyrinthine system formed by more than 900 km of waterways. In the midst of this landscape there are a number of towns and cities, which serve as the starting and end points of backwater cruises. National Waterway No. 3 from Kollam to Kottapuram, covers a distance of 205 km and runs almost parallel to the coast line of southern Kerala facilitating both cargo movement and backwater tourism.

The backwaters have a unique ecosystem - freshwater from the rivers meets the seawater from the Arabian Sea. In certain areas, such as the Vembanad Kayal, where a barrage has been built near Kumarakom, salt water from the sea is prevented from entering the deep inside, keeping the fresh water intact. Such fresh water is extensively used for irrigation purposes.

Many unique species of aquatic life including crabs, frogs and muds kippers, water birds such as terns, kingfishers, darters and cormorants, and animals such as otters and turtles live in and alongside the backwaters. Palm trees, Pandanus shrubs, various leafy plants and bushes grow alongside the backwaters, providing a green hue to the surrounding landscape.

Vembanad Kayal is the largest of the lakes, covering an area of 200 km and bordered by Alappuzha (Alleppey), Kottayam, and Ernakulam districts. The port of Kochi (Cochin) is located at the lake's outlet to the Arabian Sea. Alleppey, "Venice of the East", has a large network of canals that meander through the town. Vembanad is India’s longest lake. 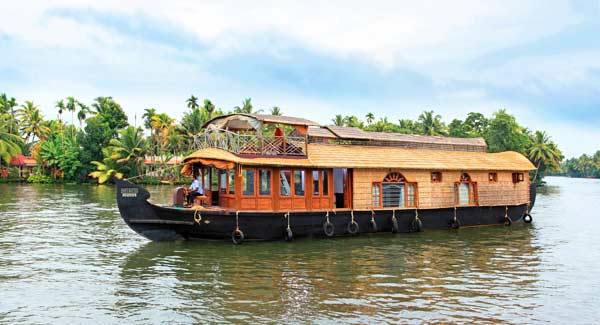 House Boat Stay at Kerala Backwater cruise in 2 night & 3 days at  Vaembanad Lake at Alleppey -Kerala
D01:Cochin-Kumarakom
Pick up from Cochin Airport/Railway station proceed to kumarakom,overnight stay at resort.The village of Kumarakom is a cluster of small islands on the Vembanad Lake,and this small water world is part of the Kuttanad region.The bird sanctuary,which is spread across 14 acres is a favorite haunt of migratory birds and an ornithologist's paradise.Boating and fishing facilities are available at Kumarakom.
D02:Kumarakom-Aleppey
Check in to Deluxe houseboat for an overnight stay with cruise through the unique back waters of Kerala.Houseboat will be your transportation for the day and accommodation for the night. Glide along the narrow canals laced by the infinite greenery imparted by coconut palms, watch the gentle and soothing greenery of paddy fields and the village folk at work.

Cruise in Kochi & Alleppey for 4 night and 5 days

D01:Kochi - Kumarakom
Pick up from Cochin Airport/Railway station proceed to kumarakom,overnight stay at resort.
The village of Kumarakom is a cluster of small islands on the Vembanad Lake,and this small water world is part of the Kuttanad region.The bird sanctuary,which is spread across 14 acres is a favorite haunt of migratory birds and an ornithologist's paradise.Boating and fishing facilities are available at Kumarakom.

D02: Kumarakom
After Breakfast,proceed for local sight seeing in and around kumarakom.O/n stay in the resort

D03: Kumarakom-Alleppey
After breakfast check out from the hotel and proceed to Aleppey.Aleppey local sight seeing,visit to the beach Relax in the nice backwater resort and overnight stay

D04: Alleppey
After a wonderful day in the resort after breakfast proceed for local city tour and boat cruise trough the narrow canals and back waters.O/n stay in the resort.

D05:Alleppey- Kochi
After breakfast check out from the hotel and proceed to airport/railway station to bid farewell to a wonderful package.

We also arrange tailor made packages to Kerala The  God’s own Country(Kerala also called as The Venice of the East) covering Wayanad Wild life sanctuary with Arithirapally Falls, Kochi with Cherai, Munnar Thekkady with Periyal lake and  Gavi, Kumarakom with backwater cruise and Bird sanctuary,Alleppey,Verkala & Kovalam with Thiruvanthapuram. We also arrange Kerala tour with Chennai , Pondicehrry, Madurai Rameshwaram and Kanyakumari. We have special package to Kerala with off beat places for Individual traveler as well as group traveler,Kerala is Perfect destination for Nature lovers,Wild life tour,Temple tour & beach holidays with most popular back water cruise in largest back water lake in Asia called Vembanad lake in Alleppey. Our specialty luxury house boat stay at kerala,Adventure tour in Kerala with different remote & unexplored places,Medical tourism in Kerala for Ayurveda treatment by natural herbs only available at Kerala  We conduct conference,board meetings and family get together  and Marriage party at  Houseboat or in a Romantic places in Kerala . 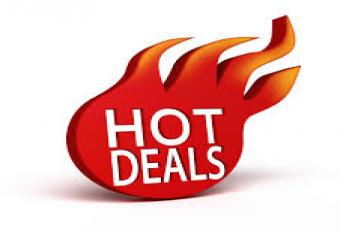 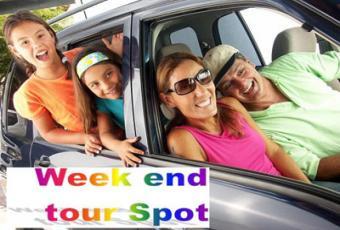 The City of Joy Calcutta 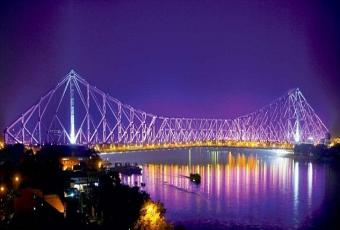 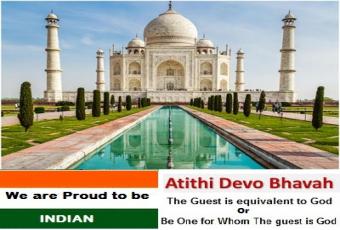 Your Travel guide in India 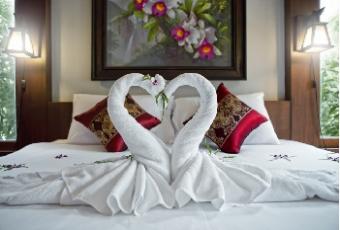